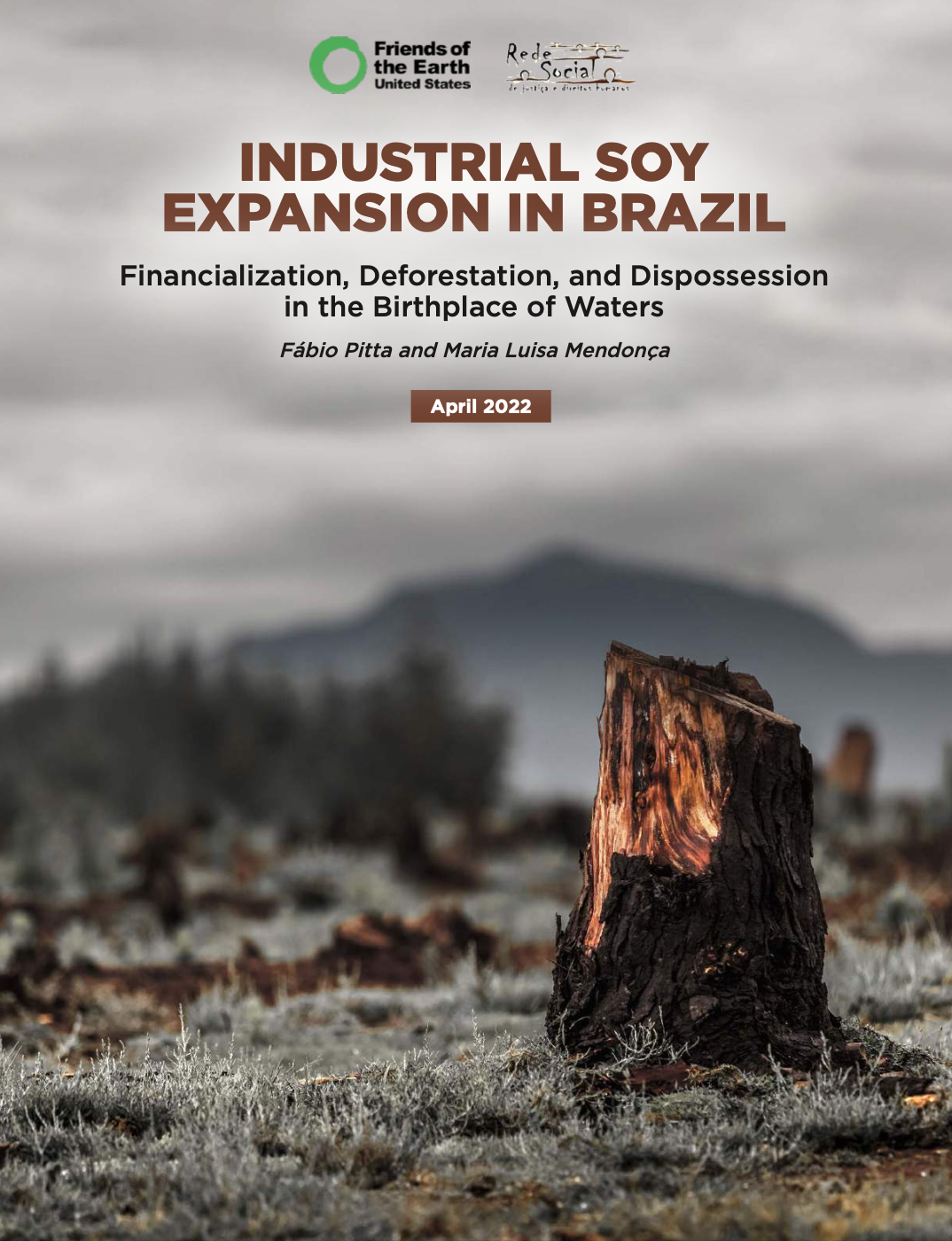 In late 2021, numerous countries that had adopted restrictions in 2020 to contain
the COVID-19 pandemic reopened their economies, leading to a rapid surge in commodity prices on the global futures market. This increase is driving the expansion of the agricultural frontier for soy production in Brazil and pushing up the price of farmland.
To understand how the relationship between the commodity futures markets and the production of commodities is established in the so-called “real economy,” and the impact of this on agricultural land markets in Brazil, a brief history of soy production in the country is in order. The modernization and industrialization of this sector began in the 1960s and 1970s and has been driven by the financialization of the global economy. This process defined the characteristics of the country’s soy sector today and its evolution between 2002 and 2012 after the commodity bubble burst as a result of the European economic crisis and China’s economic slowdown.
In May 2021, soy prices rose to US$643
per ton, surpassing the all-time high of US$637 per ton reached in July 2008, just before the global economic crisis erupted. Agribusiness corporations seek to “take advantage of” the high prices, which fuels both the accumulation of debt in the soy production chain and the increase in soy production, derivative trading, and the amount of land used to grow it.
The expansion of soy production into new areas of Brazil affects mainly the Cerrado biome and Amazonia. In the last 20 years, the MATOPIBA region (acronyms of thestates of Maranhão, Tocantins, Piauí, and
Bahia), located in the north and northeast of the country, has been the center of this expansion. Soy is the main product on the country’s export agenda.
According to a report by MapBiomas, in the last five years, 76% of the expansion of the agricultural frontier in MATOPIBA occurred in areas of native vegetation, and the main cause of deforestation was the expansion of soy plantations. Soy monocultures currently occupy close to 38.5 million hectares, or approximately 4.3% of Brazil’s territory, half of which is in the Cerrado biome.
To demonstrate the impacts of the soy industry, we conducted research in the MATOPIBA region, where the Cerrado biome prevails. Known as the “birthplace
of waters,” this biome is the savannah with the greatest biodiversity in the world and home to various peasant, quilombola (Afro- Brazilian rural communities), and indigenous communities. The expansion of the soy frontier fuels the use of fire, deforestation, and the grabbing of rural communities’
land. Soy monocropping pollutes the soil and rivers and destroys the crops of rural communities, forcing them to migrate, even in contexts of structural unemployment. The precarious working conditions on soy farms are often analogous to slavery, generating poverty and hunger.
The expansion of soy plantations is related to speculation and the increase in the price of farmland, which is turned into a financial asset. Our research has identified real estate and financial corporations operating in the MATOPIBA region, where they established farms by clearing native vegetation and appropriating rural communities’ land.

Financialization, Deforestation, and Dispossession in the Birthplace of Waters